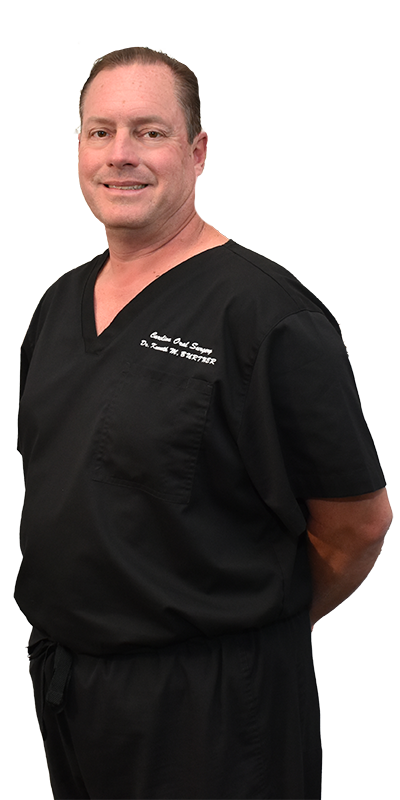 Dr. Kenneth M. Burtner graduated from Lancaster High School in 1988. He then attended UNC – Charlotte where he received a Bachelor of Science in Biology. In 1998 he graduated from the Medical University of South Carolina with a Doctorate of Medical Dentistry. He then completed a two-year residency in hospital dentistry followed by a one-year Oral Surgical internship at Vanderbilt University Medical Center. He then returned to the Medical University of SC where he completed a four-year residency in Oral and Maxillofacial Surgery in 2005. During that time, he served as Chief Resident of Oral & Maxillofacial Surgery from July 2004 until June 2005. That same year, he established his practice of Oral Surgery in Fort Mill, SC where his office is currently located.

He is also a member of the South Carolina Society of Oral & Maxillofacial Surgeons and the Tri-County Dental Society.

I would have given a 10 but form only went to 5. Every person there was amazing! Dr. Burtner explained the plan. My very sweet assistant even found Pentatonix to listen to! I was so happy. My procedure went perfectly and I was done so quickly! I was never rushed or anything! They are just perfect and I would send everyone there. Thanks to an incredible group!

Dr. Burtner is the best oral surgeon ever!! He has taken out my upper and lower teeth, done alveoplasty and implants. Each time I only had local anesthesia. I had absolutely no pain through any of this. During surgery, they put on music appropriate for your age. I loved it – very helpful. Dr. Burtner’s assistants and the reception staff are exceptional!! I highly recommend them.

Staff is Amazing Excellent customer service I definitely had anxiety today but they made me feel comfortable I got sedated and everything worked out.

We are here to help. Please contact us if you have any questions.